Cine Plaza at the Fox 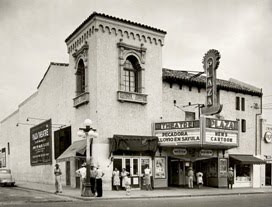 The Plaza Theater, on the southwest corner of Congress and Court.

As a child, I grew up listening to my mom's many stories about her youth in Tucson. Her widowed mother moved the family here from Superior when she was 12 years old. They settled in a small house in South Tucson, near the corner of 31st Street and 9th Avenue, in close proximity to many of my grandmother's immediate family, including her mother and brothers .

Mom attended Safford Jr. High, but left school after the eighth grade to start working full time, as being the oldest child, she felt obliged to help support her four younger siblings. She would often talk about her different jobs, but the one she would reminisce about most often was the one at the Cine Plaza (or the Plaza TheAter, as she used to say), where she worked as an usherette in the early 40's. 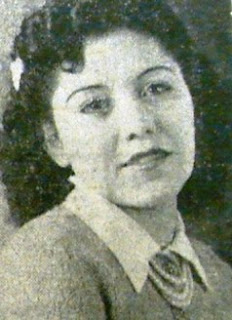 
In her youth, my mother was a very pretty girl, and quite popular. She was also very nice to the poorer kids that hung out in front of the Cine Plaza, and would often let them sneak into the theater while the manager wasn't looking, saying "ándale, méntense, méntense" (go in, go in) to them in a hushed voice. This eventually cost her the job, and it made her very sad, but boy how she would love to tell us all about it! I think it was her favorite place to work.

That's how I first learned about the Cine Plaza.


Julie Gallego has, for the past several years, organized a number of community cultural events, including the ever popular Viva Arizona, a celebration in dance and music of the local Mexicano community's rich cultural heritage. She also owns and manages a dance studio called Viva Performing Arts, and recently spearheaded the formation of a new, and Tucson's only all female mariachi group, Mariachi Viva La Mujer. She also manages the CHISPA Foundation.

I have had the privilege of participating in a couple of projects with Julie, the latest of which is Cine Plaza at the Fox, a Mexican film series that celebrates the Plaza Theater, a mainstay of the Mexicano/Chicano community in downtown Tucson for many, many years. The purpose of the event is to raise money for the Fox Theater Foundation and the Fox Theater. 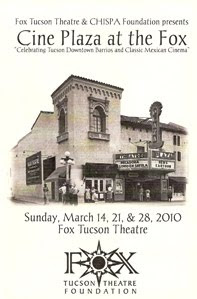 My contribution to the event has mainly been to provide ideas for movies to show during the festival and to provide my own insights on producing such a festival, as I managed a similar project (Cine Mariachi at the Fox), back in 2006 when I was a member of the Tucson International Mariachi Conference Board of Directors. I've also been assisting with logistics at each of the events. 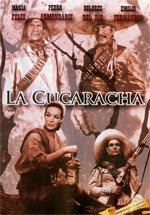 It also featured part one of Dan Buckley's documentary on the Fox Theater, and Mariachi Viva La Mujer, pictured below. 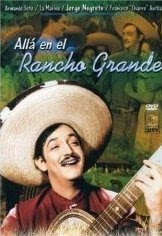 Entertainment was provided by a number of very talented local youth mariachi and ballet folklorico groups, including Mariachi Corazon, Mariachi Tesoro, Mariachi Rayos, Mariachi Aztlan, and Ballet Folklorico San Juan. Part two of Dan Buckley's documentary on the Cine Plaza was also shown and proved to be very popular with the audience. 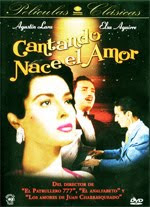 Prior to the film, Sergio Mendoza and Salvador Duran led a live band that performed some of the best songs composed by Agustin Lara.

Following that, the third part of Dan Buckley's documentary on the Plaza Theater featured comments from members of the community about the changes urban renewal brought to our pueblito viejo.

Turnout for the last event was even better than the first two showings. Overall, it was a wonderful day of music and cinema. Below are a few photos of the final day's events. 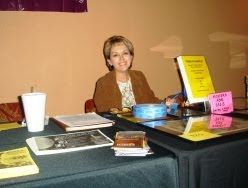 Terry Gastelum at the raffle table 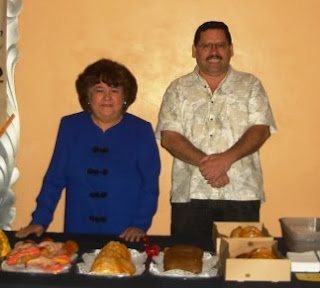 Elva Flores and Bob Diaz at the pastry table 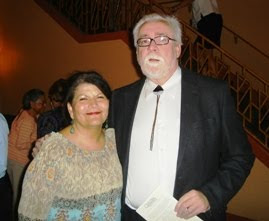 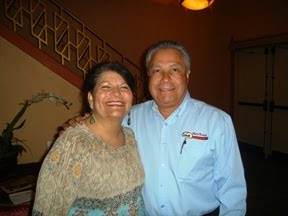